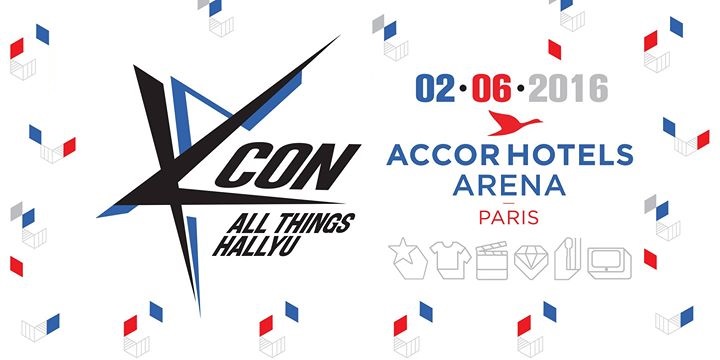 Yesterday I attended the first KCON in Paris and I was K-static! I was really looking forward to this event since it was my first time seeing K-idols on stage, like for real. Plus I heard so much about the KCON in LA, New York, Abu Dhabi, Tokyo… it was a great surprise to see that they would finally stop in Paris! 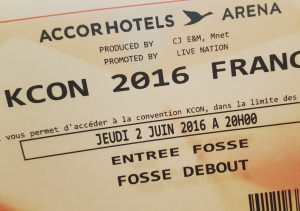 For short, the KCON is the the world’s largest Korean culture convention and music festival. It is its first edition in Europe and hopefully not the last! It holds a convention including different events around the Korean culture : food, fashion, education, cosmetics … and music of course. Convention during which you can attend to the Meet & Greet sessions hosted by the invited artists. It finally ends with a huge concert, last night in Bercy were: BTS, Block B, SHINee, FTISLAND, f(x) and I.O.I. And for 3 hours they literally killed it! Plus the concert was hosted by LeeTeuk, leader of Super Junior who showed some impressive yet cute skills in French!

So I’m not going to talk about the convention since I am actually mad at them! I have waited in line for 6 hours only to get left out at the entrance because it reached full capacity. People complained a lot about the poor organization, the lack of info and the whole situation. I was so cold, I mean yesterday wasn’t really helpful, it was raining, it was cold and by the time I finally reached the gate I’ve become so numb, I couldn’t even react. I was MAD but just couldn’t do anything else but just thinking « ok let’s wait 5 more hours till the concert starts« … I never thought that it was humanly possible to wait up to 10 hours in the rain, in the cold and yet I did it yesterday. So let’s just pretend this never happened. I am trully disapointed since the convention was the reason why I bought the ticket. The concert was a plus, but I really wanted to see the MEET & GREET sessions and see what they have organized…

Anyway, some 10 hours later I finally got the chance to enter the concert hall and funny enough, the hatred I built for 10 hours just faded away when I saw the stage.

I started to get hyper, so excited like, « Woaw, it’s really happening! ».

BTS, Block B, SHINee, FTISLAND, f(x) and I.O.I actually killed the stage. I was skeptical, I mean even though I have been following the Hallyu wave for like 10 years now. I still was reluctant to give full credits to K-artists. But what I saw changed my point for view for ever. It was mind blowing, they were all so professional! From my eye every performances were just perfect. They were all on point. I literrally had the impression to hear the songs for the first time. It was so different to see them on stage, performing all their best songs. It took me on another level, I actually almost cried several times because I was overwhelmed.

Block B made a mistake by allowing extra back-up dancers as it looked messy and awkward. It was bad having them on stage and it didn’t make the performance better. They didn’t even match Block B. It was an epic fail. I just wanted them to leave the stage like « Leave the stage already, c’mon. » Block B is self sufficient!

Apart from these awkward dancers all the other performances were amazing. I have never experienced something like that before. All their hard work paid and it comforted me in thinking that K-pop artists are legit ones, true artists, true performers and « ils m’ont vendu du rêve!« 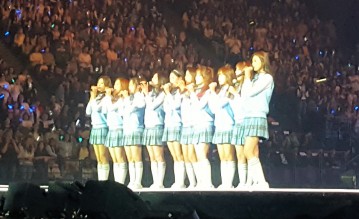 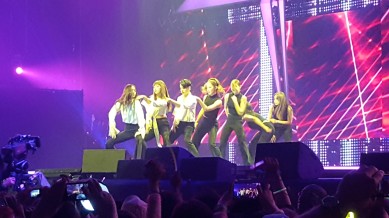 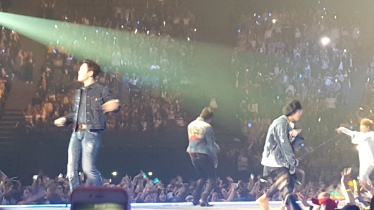 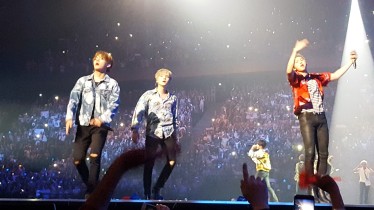 If I had to answer again to the question : Describe an event which left you with the strongest sense of belonging and connection and why? I would definitely pick the KCON in Paris. As it confirmed what I wanted to do for a living next. I want to contribute even more to this amazing wave and be part of it by getting more involved. You know what they say »Dream Big. Live Bigger. »